Assistive technology (AT) is an umbrella term for various devices that can help individuals with disabilities perform activities in their daily life (independently or with assistance), such as moving around, cooking and eating, bathing and grooming, toileting, dressing, and engaging in social, educational and civic activities.

Assistive technology can promote greater independence by ameliorating the impact of disabilities and thereby enable the user to carry out more activities with less or no assistance from others. This is not only beneficial for the individual but can also lighten caregiver load for family and professional caregivers.

In a study published in 2008, the use of assistive technology was shown to facilitate improvements in the users. The study encompassed 1,342 infants, toddlers and preschoolers who all had at least one physical, cognitive, developmental or sensory disability. (Source: Desch, Larry W.; Gaebler-Spira, Deborah (June 1, 2008). “Prescribing Assistive-Technology Systems: Focus on Children With Impaired Communication”. ) 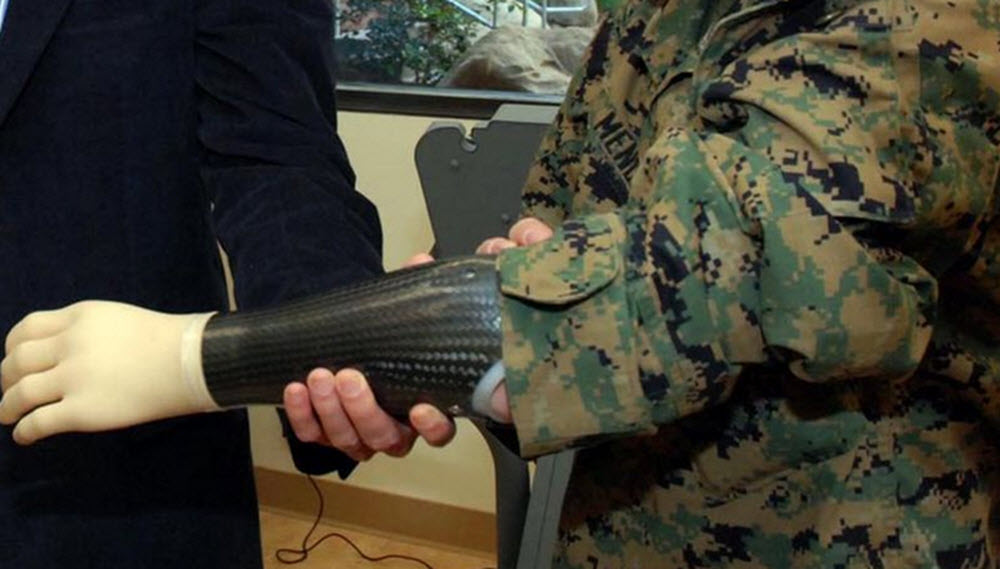 Prosthesis is a Greek word meaning addition, application or attachment. In medicine, a prosthesis is an artificial device that aims to replace a missing body part, e.g. a limb lost through trauma or a heart valve missing due to a congenital disorder. Dentures, certain hearing aids, and artificial vision enhancers are other examples of prostheses.

Prosthesis development falls within the field of biomechanics – the science of using mechanical devices together with the muscular, musculoskeletal, and nervous systems to assist or enhance abilities lost by trauma, disease, or defect.

In its strictest definition, a prosthesis must be a complete finished prosthetic item. Example: A C-Leg knee alone is not a prosthesis; it is only a prosthetic component as it is still lacking its attachment system. In everyday language, few people adhere to this more narrow definition of what a prosthesis is.

What is a powered exoskeleton?

Powered exoskeletons are currently being developed for several purposes, including:

Wearable technology for users with disabilities

Examples of wearable technology developed to assist people with specific disabilities are the OrCam devices, the eSight and the BrainPort.

OrCam devices, including the well-known OrCam MyEye, are artificial vision devices for users with impaired vision. OrCam MyEye “sees” objects and describes them (audio feedback) to the user, and can even turn text into audio and read supermarket barcodes. It is a wireless smart-camera attached to eyeglass frames, and the audio emerges close to the users ear. A fairly recent development in the OrCam product assortment is face-recognition ability.

Another example of wearable technology for users with visual impairments is the eSight for people with low vision. It comes with two HD colour displays (one in front of each eye) with prescription lenses, and the displays integrate high contrast OLED screens for a 37.5 degrees field-of-view. A camera captures video in Ultra HD and allows for a maximum of 24x zoom. At the time of writing, the most recent eSight is the eSight 4 wich entered the market in early 2020.

BrainPort is a solution where an electrode array is placed atop the tongue and utilized to send sensory information to the wearer´s brain. It was developed to aid people suffering from certain balance problems, e.g. stroke victims whose sense of balance had been damaged by the stroke.

Today, BrainPorts are also used by wearer´s with visiual disabilities, as the BrainPort V100 Oral Electronic Vision Aid can allow a blind person to see their surroundings in polygonal and pixel form. A camera captures the surroundings, a chip converts the information to impulses, and the impulses are sent into the user´s brain through an electrode array on the tongue. The human brain interprets the impulses as visual signals and redirect them to the visual cortex, allowing the person to see. So far, the images are polygonal or in pixel form, but can still be highly useful when someone wants to navigate their surroundings.